But last night’s dreams could be classified as such, except I don’t have a fever, and the dreams were just weird – as per usual with me.  I’m so glad I have something to finally share!  I haven’t recalled many dreams lately, and that’s a bummer because I really like writing about my whacked subconscious.

The following might be out of chronological order because it’s so late in the day that my memory is fading.  So I need to get this out quickly before I go back to eating vicariously through mukbang YouTube videos. Anyway, school made an appearance … again.  I hate school dreams.  I’m coming to the swift conclusion that the school dreams are about my past experiences and insecurities due to a low self esteem.

In the earlier part of the night, I had a friend who was uncomfortable about her body, and she never made herself up or dressed up.  But we were going somewhere, and she was out of neutral outfits to wear … except for one – a 1970’s style leisure suit she found in her father’s closet. 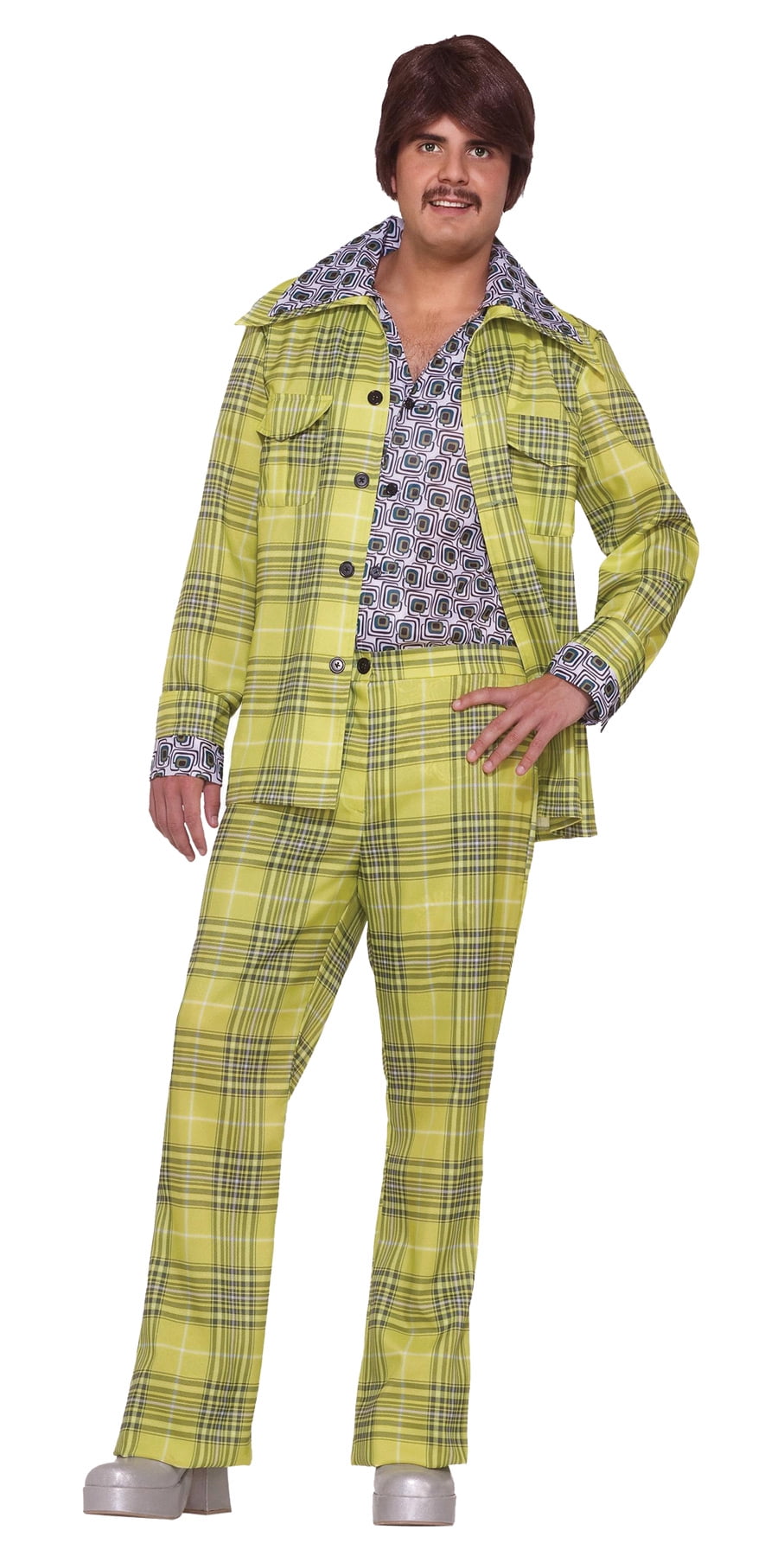 At first I didn’t think I’d find a photo of one, but apparently Wal-Mart sells them as Halloween costumes.  But in my dream, they were totally back in fashion, and they were quite popular for women.

I’m not sure why, but we were are my grandparents’ old house, and we had to go upstairs to make an appearance on a tv show.  My friend was so nervous, so I held her hand.  The weird part was where we entered the studio upstairs.  Her leisure suit magically turned into a really expensive evening gown, and her makeup was amazing!  People were ooh’ing and aah’ing, saying what an amazing transformation it was.  And then Oprah was there interviewing her.

Before long, I realized I was late for school, and took off from the studio.  Of course I missed my first class, so I went to the cafeteria, where some of my old college friends were waiting for me – one of them being a groomsman at my wedding.  I felt bad that I had cut off communication with him, and went to give him an ‘I’m sorry’ hug, but wound up accidentally clocking him in the face with a notebook.  So I just gave him a quick kiss on the cheek.

Then my other long-time high school friend showed up, and he was like WTF is going on?  And of course more guilt because I made him a promise, which I completely broke.  But he didn’t care because it was all good.

Bathroom break – which I sort of woke up and sat there shaking my head about the above dreams … and almost fell asleep on the toilet after about 5 minutes of shaking my head.

This morning’s dreams were screwy though.  I went back into a school scene, and I was being bullied all over the place no matter where I went on the premises.  Nobody would let me sit and have lunch, so I resorted to going to my car.  But instead of finishing out my day, I took off and drove home to my parents’ house.

Nobody was home, so I started making food for myself.  Then someone showed up, and they were trying to help me get rid of debt.  The weird part is, it was Joaquim de Almeida, and he was screaming at the debt collectors on the phone to leave me alone.  Then he started ‘taking care of me’, making sure I was alright to be alone until my parents got home.

Then it went into awkward long hugs and hair stroking, and he said “If we had met in a different time, and I wasn’t married …”  AWWW!

After he left, I went to do laundry at the other end of the house, and then my dad showed up.  He had been at the flea market all day.  But now it was dark, and there were two grade school friends standing in the kitchen waiting to visit with me.  I hadn’t seen them since 9th grade, and I started crying, hugging the hell out of them.

But one of them was in poor health, and I had to be careful.  She was so tiny, it freaked me out.  Apparently (in my dream), she would be no bigger than a toddler, and she got injured very easily if she was mishandled.

After visiting and catching up with my friends, I needed to use the bathroom.  But my mom’s bathroom in her room was under construction, and I couldn’t find toilet paper.  I didn’t care because I really had to pee, and I just decided I’d use a hand towel … until I started peeing.

Then my subconscious kicked me in the cerebral cortex, and I woke up.  Another close call.  TOO close!

This site uses Akismet to reduce spam. Learn how your comment data is processed.