Whenever my sinuses are plugged, I’ve always resorted to horseradish, which isn’t exactly a great idea for the stomach, since I’ve been told it makes your stomach bleed.

And because I can’t take decongestants – thanks a lot, blood pressure – I usually suffer and have to settle for NSAIDS and mentholyptus nose inhalers, which don’t really help.

But today, an obnoxiously hot bowl of Korean kimchi ramen soup not only made my nose drain, it also made my eyes and pores leak uncontrollably.  Like WTF kind of spices do they put in those things?  I’ve had hot ramen before, but nothing like this new one I tried today. 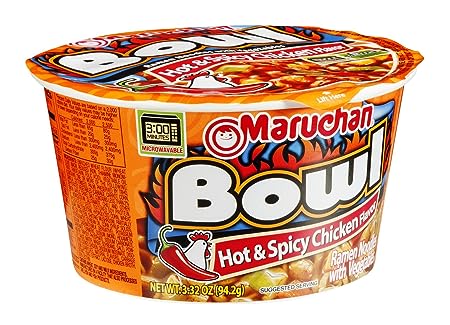 Except mine was Korean kimchi extra hot flavor, and every single mukbang creator I’ve watched weren’t lying about how it punches you in the throat.  My tongue was on fire, but my throat was begging for mercy.

The worst part is I don’t have any milk in the house.

This site uses Akismet to reduce spam. Learn how your comment data is processed.